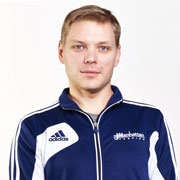 Vladimir started his coaching career in 2009 as the Japanese  men’s and women’s saber National Team coach. His students won medals in the Asian World Championships and his student Sierra Nakayama qualified for the 2012 Olympics. She placed in the top 16 at the Olympic Games in London.